Private equity investments have been a major source of capital in India over the last few years.

In 2019, PE and venture capital investments in India totaled US$48 billion, or 1.7% of gross domestic product (GDP). While that constitutes only 5.7% of the $845 billion in total global PE investments, the figure has quadrupled since 2014, growing at a 32% CAGR compared to a relatively modest 8.4% CAGR worldwide.

Exits by PE funds have expanded at a comparably rapid clip, from $3.4 billion in 2014 to $11.5 billion in 2019. The strong growth in exits may be the primary cause of the increased investment in the space.

What sort of returns have Indian PE/VC funds generated during these exits? Given the private nature of the PE industry and the multiple exit channels, an aggregate total is difficult to come by. But since initial public offerings (IPOs) are an important source of PE exits and companies must disclose their financial histories, including their prior capital raises, before they embark on them, we can calculate the returns PE investors generate through this route.

We sifted through the financial history of all the companies that accomplished successful IPOs in India after 1 January 2015. Of the 109 IPOs in this period, 96 PE/VC funds invested in 40 companies for whom financial data from the time of entry was available.

We only considered cases with meaningful investment and holding periods. We defined the former as at least INR 10 million and at least a 1% stake in the company. A meaningful holding period constituted at least 18 months. Further, as mandated by Indian securities regulations, all pre-IPO shares held in a company are locked in for one year. Hence, the exit period for calculating the IRR earned by a fund after an IPO was one year after the listing date. (For IPOs that took place in the 12 months leading up to 31 March 2020, the exit date was considered at 31 March 2020.)

What was the total weighted average IRR earned by Indian PE/VC funds after investee companies completed an IPO? We calculated 38% per year after multiplying the individual IRRs by the initial investments and then averaging them out to determine the weighted IRR. Thus PE/VC funds generated very high returns when their portfolio companies went public.

But what caused these high returns? Were they driven by “Growth,” that is, PE funds picking up high-growth companies in their initial years? Or by “Alpha” — PE funds acquiring their stake at low valuation multiples in the private market and then flipping them at high multiples in the public market?

We determined Alpha by calculating the difference between overall IRR and Growth. This represented the PE/VC fund’s ability to invest at a valuation multiple lower than that at which it could exit from the investee company.

Since private transactions incorporate something of a discount for lack of marketability (DLOM), our initial hypothesis was that Alpha’s contribution to IRR would be substantial. Instead we found Growth accounted for 31.3% and Alpha just 5.1% per year of IRR (Total IRR = [(1+ growth%) * (1+alpha%) -1].

So to return to the question posed in our title, our analysis of PE/VC backed Indian IPOs since 1 January 2015 gives a clear answer. Funds generated the vast majority of the 38% average IRR because they invested in high-growth companies in their early years.

Growth, not Alpha, then is the key driver of PE/VC returns in India.

Navin Vohra, CFA, heads the Valuations, Modelling and Economics practice of Ernst & Young India. He has 25 years of experience in valuations and equity analysis. 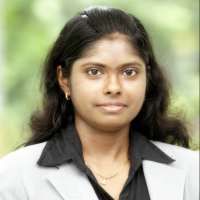 Sravanthi B is Associate Vice President in the Valuation, Modelling and Economics practice of EY India. She has five years of valuation experience.

Not Everything That Counts Can Be Counted