The Norwegian Oil Fund: An Embarrassment of Riches

Ever feel weighed down by the burden of excess riches? Tainted by the moral hazard of an unexpected windfall? No? Then you’re probably not Norwegian.

In a fascinating address at the 1st Nordic Investment Conference in Copenhagen, Knut Anton Mork of Norwegian University of Science and Technology shared his insights into the foundation, growth, and future of the Norwegian Oil Fund, arguably the largest sovereign wealth fund on the planet.

It all started in disappointment. Phillips Petroleum, now ConocoPhillips, held a license to prospect the promising Ekofisk field of the North Sea. By 1969, they had failed to turn up anything significant and were looking to cut their losses and leave. That would have meant returning their license to the Norwegian government.

But the government refused to accept an end to the license and forced Phillips to keep prospecting. As is the way with such things, on 23 December 1969, Phillips struck oil, the largest ever find at sea.

From then on, there were two concerns:

Norway’s solution, as proposed by the Skånland Commission of 1983, was to separate the oil revenues from spending. The extraction of oil was to be left to oil companies, and the taxation of corporate profits (at the rate of 58%!) would be used to secure the state’s share. These tax incomes would then be deposited in a state fund, the oil fund, to preserve wealth for future generations. Since the first deposit in 1996, the fund has grown to around 10 trillion Norwegian kroners, or over US$1 trillion.

Investments are made according to the following principles, which have been amended and revised over the years:

But, in the midst of such riches, problems remain. Mindful of the preservation of capital, the fund has adopted a fiscal spending rule of payouts equal to the expected real return, which since 2018 has been set at 3%. But if asset valuations are volatile, then a fixed spending rule puts at risk the real value of the fund, essentially taking from future generations. The fund’s allocation has risen from 0% equity at inception to 70% today with real estate included, so fluctuating market values are a significant concern.

This is compounded by the state’s reliance on payouts. Currently 15% of government spending is paid for by the fund, so there is considerable pressure to maintain a consistent flow of funds. If funding levels are not smooth, politicians may be faced with the unenviable task of identifying which (admittedly generous) public services to cut.

Inevitably, there is a tension between payout consistency, payout level, asset allocation, and the ability to preserve the real value of assets for the benefit of future generations.

There has been some luck: In 2008, falling values of overseas assets in US dollar terms were counterbalanced by a falling NOK. But such good fortune cannot be expected to last forever.

Mork anticipates two significant problems that will need to be addressed:

What to do? There is no easy answer. But having a trillion US dollars and time to think may give rise to some creative solutions. These are nice problems to have. 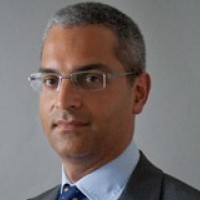