It’s been said that people don’t become wiser with age, they just become “more so”

Whatever we did well — and more importantly, whatever we did poorly — is magnified. The same is true when we add computers and data to human decision making.

Algorithmic / machine learned / artificially intelligent (AI) tools are increasingly ubiquitous in the investing world. They set investors’ risk tolerance in portfolio management and are applied to alternative data selection as well as actual securities selection, among other tasks.

The debate about whether to “use AI” is thus a touch naïve: These tools will surface in even the most fundamentals-oriented discretionary buy-and-hold investor’s research process. The right focus then is on “model awareness”: How can we leverage the fact that machine learning, alternative data, and AI are not only widespread, but increasing in influence?

Model awareness is our term for how to think about machine learning, AI, large data sets, and so on as a category, or a spectrum of rule-, machine-, or data-driven processes driving the capital markets. To be model aware, every fiduciary, allocator, and manager should start with a holistic focus on the process question: Where is the most opportunity and risk?

It lies with people.

Remove human drivers and pedestrians from the roads and self-driving cars would perform flawlessly. The collaboration between humans and machines is the “lowest bandwidth” connection each has. Think about how easily we can turn a doorknob and walk outside or a computer can render a complex image. Compare that to how hard it is to represent our problem or obtain feedback about its results. Human–machine collaboration is both the key to success and an opportunity vector to exploit.

The problem and opportunity is in how we view computer- and model-based approaches in the markets. They’re either on our team or on the other team.

Humans and machines can audit each other’s approaches: Can we replicate existing human results with a machine-learned model? And if so, what do our standard tools tell us about the resulting model’s flaws?

We can “counter” the models that computers build and reliably predict relationships they will like or dislike.

The concept of “alpha decay” is real. Something is coming to take our alpha generation away. We can use the flaws in human-machine collaboration to exploit that problem by viewing each other as adversaries.

Even the most advanced, well-defined problem space can be countered. What can we learn from this? That it is critical to supervise and adjust models to address “intelligent opposition” behavior. A simple actionable method is to create a “red team” for an existing discretionary approach or form a human red team to counter a model- or rule-based strategy.

The “red team” concept is borrowed from espionage and military organizations. It means creating an internal opposing team to read the same facts, play devil’s advocate, and support the opposite conclusions. We all have our own informal versions of red teams: We worry about manipulations in GAAP / IFRS earnings vs. cash or about slippage from large block trades and modify our analyses and plans accordingly.

To formalize such a red team model, we might include these approaches, with the additional “counterfactual” data points, in our data sets, and act as though an intelligent opponent was seeking to counter us. This echoes Nassim Taleb’s clarion call to think about how our methods would fare in “all possible worlds,” not just the one world we had in mind. This way we can build out strategies that profit from decay and disorder.

After we separate ourselves from the machines and “audit” each other, we should remember that humans and machines are not really that separate. Machines often replicate human social biases. Human–machine collaboration may improve certain biases, but it can also worsen, create, or transform others:

What can we do today? We can start by thinking about how this set of collaboration gaps affects our strategies. Can we “red team” or “counter” our models and human processes? What hybrid behavioral dimensions will alter our key assumptions about how humans view the world? 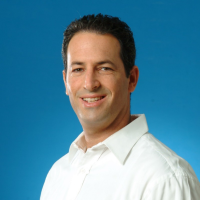 Uzi Hadar, CFA, is a portfolio manager at Duo Reges Capital Management, a Seattle-based long-short quantamental investment management firm that seeks to exploit human-machine collaboration gaps created by rule or model-based trading. Duo Reges, which means “two kings” in Latin, focuses on the “hard edges” of how humans and machines collaborate in the financial markets, both successfully and unsuccessfully. Its core strategy is to forecast the resulting long and short momentum by clustering market participants into “personas” to which it recommends securities they will like (longs) or dislike (shorts). Hadar has 20 years’ experience as a seasoned alternative investments executive leading both liquid and illiquid strategies including as a private equity sponsor and advisor. He also has a background in investment banking and has advised and collaborated extensively with emerging growth companies, industry leaders, alternative investment firms, family offices, and institutional investors. Hadar earned his MBA from the Darden School at the University of Virginia. 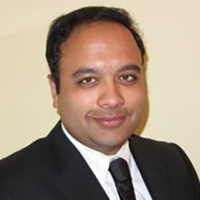 Andy Chakraborty is a portfolio manager at Duo Reges Capital Management, a Seattle-based long-short quantamental investment management firm that seeks to exploit human-machine collaboration gaps created by rule- or model-based trading. Duo Reges, which means “two kings” in Latin, focuses on the “hard edges” of how humans and machines collaborate in the financial markets, both successfully and unsuccessfully. Its core strategy is to forecast the resulting long and short momentum by clustering market participants into “personas” to which it recommends securities they will like (longs) or dislike (shorts). Chakraborty has 15 years of corporate investment and statistical model development experience as a financial and data science leader for Amazon, most recently as chief data scientist for AWS S3 and Amazon Retail Systems. He has held various corporate analytics and investment roles at Microsoft and Sprint. He also has five years of experience running complex semiconductor fab operations for Intel. Chakraborty earned his MBA from the Darden School at the University of Virginia.

On Horses, Tractors, and Markets

Radical Uncertainty in Finance: The Origins of Probability Theory

IMF hikes growth forecast for the Middle East, says recovery will be ‘divergent’