The public’s faith in the financial services industry has been sorely tested over the last decade.

Restoring that trust requires a renewed focus on accountability, especially when it comes to financial misconduct.

As head of Compliance and Enforcement, Professional Conduct, at CFA Institute, Jeffrey Stith is at the forefront of efforts to build a more ethical and accountable finance sector. He has decades of experience investigating and punishing financial malfeasance, serving for many years as the chief litigation counsel for market regulation at the Financial Industry Regulatory Authority (FINRA). In his current role, he works to promote ethical behavior and protect the value and reputation of the CFA charter.

In this interview, he discusses trends in industry conduct cases, how misconduct can vary by market, and what investment professionals can do to mitigate ethical risks.

Crystal Detamore: What types of cases do you see most often in Professional Conduct?

Jeffrey Stith: The types of cases we see here varies from year to year. And there is tremendous variety in our cases. We rarely see two cases that are alike, which makes our job challenging — and always interesting.

Statistically, the most common form of misconduct we see involves misrepresentations or omissions of material facts. These cases often involve members’ failures to adequately disclose to clients actual or potential conflicts of interest, or the risks associated with an investment or strategy. In recent years, we’ve also found instances in which people have made exaggerated claims regarding their investment performance, and suggest that such performance will be repeated in the future.

Another common type of case involves members violating the duties owed to their employers. These cases typically involve leaving an employer in an improper manner and soliciting former clients in violation of the member’s employment contract.

We also see a significant number of insider trading cases each year, but these usually have been detected and addressed first by the regulators or criminal authorities. Professional Conduct will then conduct an expedited investigation, which typically leads to a Summary Suspension of the person’s membership and right to use the CFA designation.

And in the past two years, we have cracked down on the misuse of the CFA designation by lapsed members. Under our rules, if you fail to pay your annual membership dues and submit a Professional Conduct Statement (“PCS”), you may not continue to use the CFA designation. The number of such cases is surprising and we have made excellent progress in addressing that type of misconduct.

Is there one case that stands out to you for its audacity or peculiarity or just has stuck with you more than the others?

I’ve encountered many “characters” in my career. When I was a regulator at FINRA in the 1990s, I investigated and shut down several notorious penny stock “boiler room” operations. The audacity and peculiarity exhibited by the people involved in those cases is truly hard to top. The craziness portrayed in books and movies such as Boiler Room and The Wolf of Wall Street was tame in comparison to some of the things I found in those cases. Of course, those schemes didn’t really involve investments — the only people who made money were the brokers and stock promoters.

In one such case, I charged 28 brokers and we could barely fit all the defense attorneys into the hearing room. I had dozens of victimized customers testify at the hearing, and I can still recall several retirees who were decorated heroes from World War II, who were wiped out and forced to find menial jobs to support themselves. I was gratified that several of these brokers eventually served time in prison for their misconduct.

How does misconduct vary by market? Do you see certain cases in developed vs. emerging markets, and vice versa?

We always apply the CFA Institute Code and Standards evenly, regardless of where the member or candidate is located. Unfortunately, we find professional misconduct in both developed and emerging markets, in myriad forms. We do come across more incidents involving intellectual property infringement in emerging markets than in the established markets, where the protections for such rights are well established. Otherwise, we see few differences in the types of misconduct from market to market around the world.

How can investment professionals mitigate risks in ethically challenging situations?

Ethically questionable decisions are usually made in isolation, without opposing viewpoints. People naturally discount or dismiss information that contradicts their view. So, whenever possible, I encourage people to involve others when making important or potentially risky decisions. People who commit ethical violations often say afterwards, “What was I thinking? If only I had spoken to _____, I never would have made the decision that I did.”

Also, don’t be a hero. If you make a mistake, you need to own it and promptly let others know and seek their guidance. People sometimes think they can correct their own mistakes without involving others, but this can be disastrous. Don’t compound the mistake by believing that you can secretly work your way out of the situation, or expect that a problem will eventually work itself out on its own if only given more time. It can be difficult and embarrassing to admit when you have made a mistake. But it is important that you take responsibility in immediately taking corrective action.

Finally, I encourage people to trust their moral intuition. Don’t expect or count on someone else to question whether something you are doing is wrong. If you find yourself rationalizing what you are about to say or do, that hesitation should be considered a red flag. You may be busy, distracted, or under pressure, but if you have any sense that what you are doing might not be proper, slow down the decision-making process and give the matter more thought, and discuss the situation with others. Consider carefully the possible harms that might result from your actions — they may not be immediately evident.

I’ve found that most people who commit ethical violations don’t consider themselves to be unethical. They don’t set out to do something they know is wrong. Contrary to popular belief, it’s rare for a person to deliberate and perform a cost-benefit-type analysis (how much can I make versus will I be caught?) before committing an unethical act.

Far more often, ethical violations are the consequence of poor decisions made in haste, under pressure, or in those “gray areas” where the right answer may not be immediately apparent. So, I would tell people to slow down the decision-making process and consider the personal and professional consequences of their decisions. 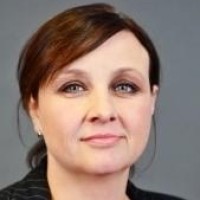 Crystal Detamore is a communications director at CFA Institute and a former columnist for Entrepreneur magazine.

Chinese Government Bonds: The Elephant in the Room